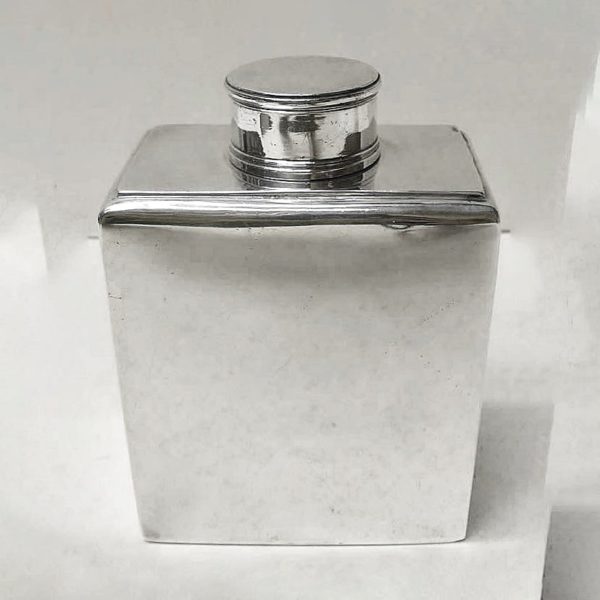 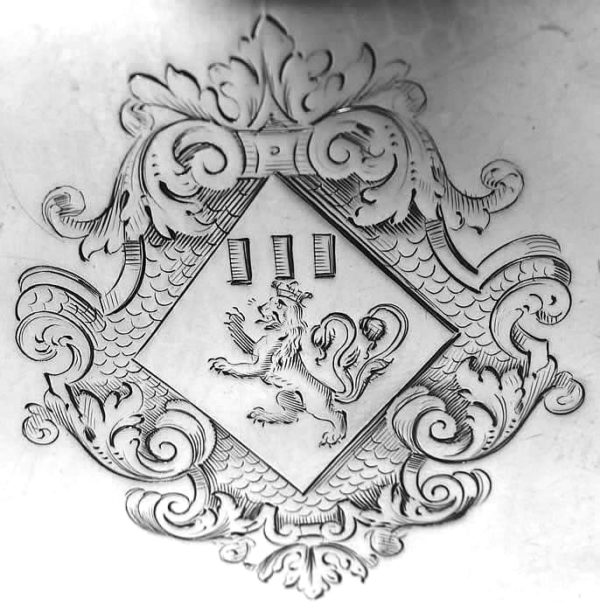 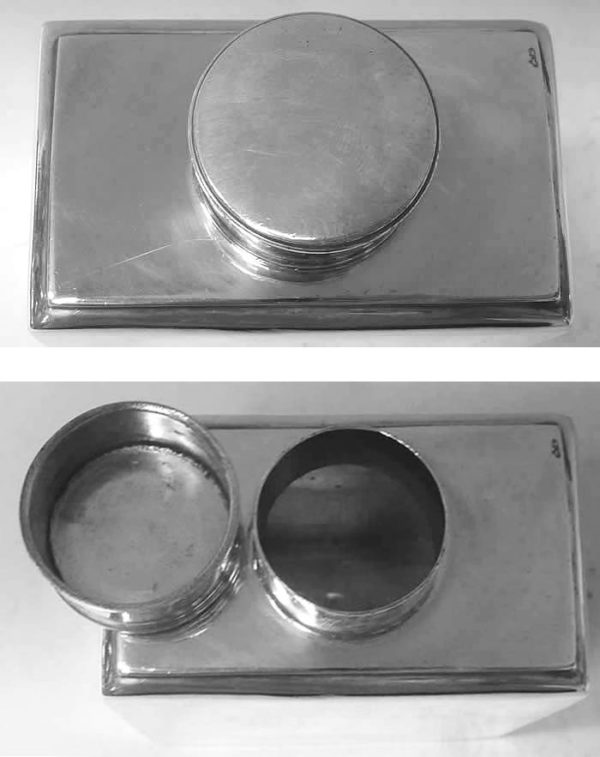 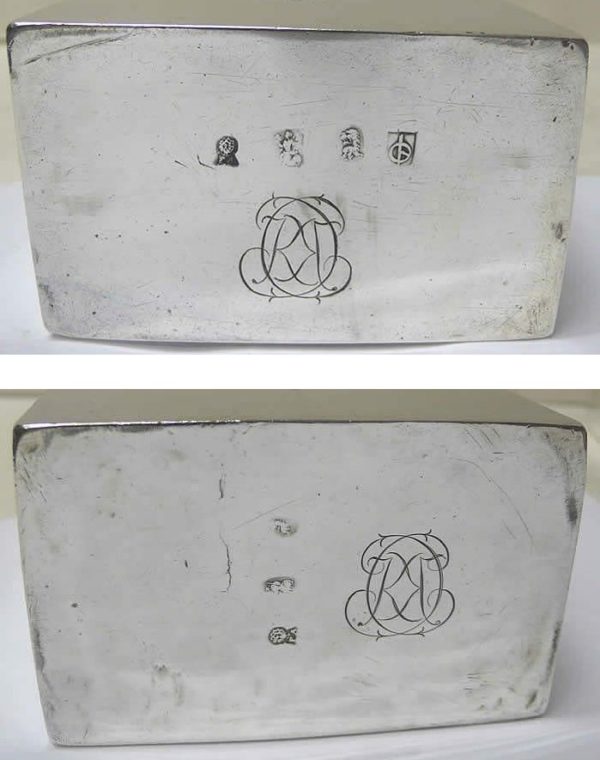 A rare pair of antique silver tea containers of heavy rectangular design and having engraved armorials and lift off lids....

A rare pair of antique silver tea containers of heavy rectangular design and having engraved armorials and lift off lids. Britannia standard silver

*Britannia Standard silver is 95.8% pure. In 1696, so extensive had become the melting and clipping of coinage that the silversmiths were forbidden to use the sterling standard for their wares, but had to use a new higher standard, 95.8 per cent pure. New hallmarks were ordered, “the figure of a woman commonly called Britannia” and the lion’s head erased (torn off at the neck) replacing the lion passant and the leopard’s head crowned. This continued until the old standard of 92.5 per cent was restored in 1720. Britannia standard silver still continues to be produced even today.