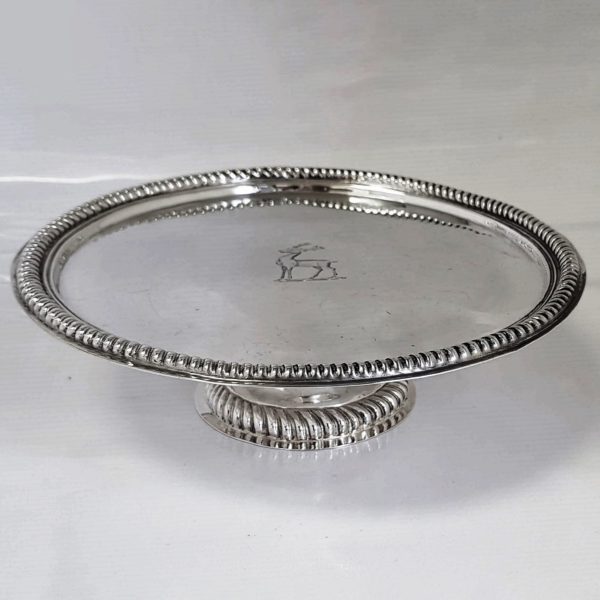 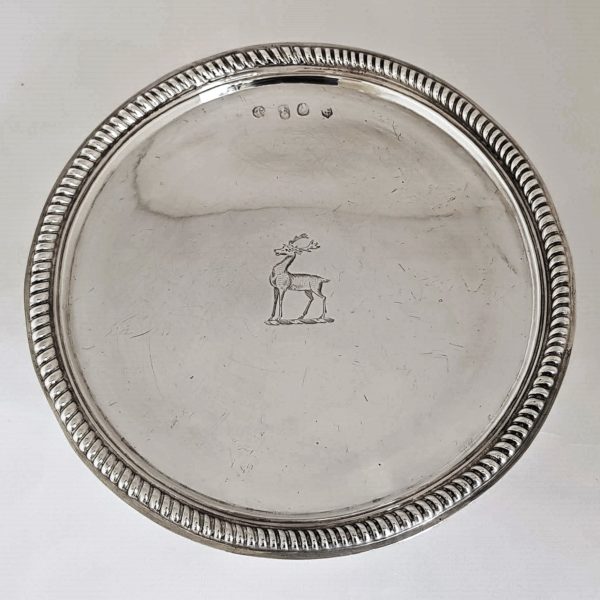 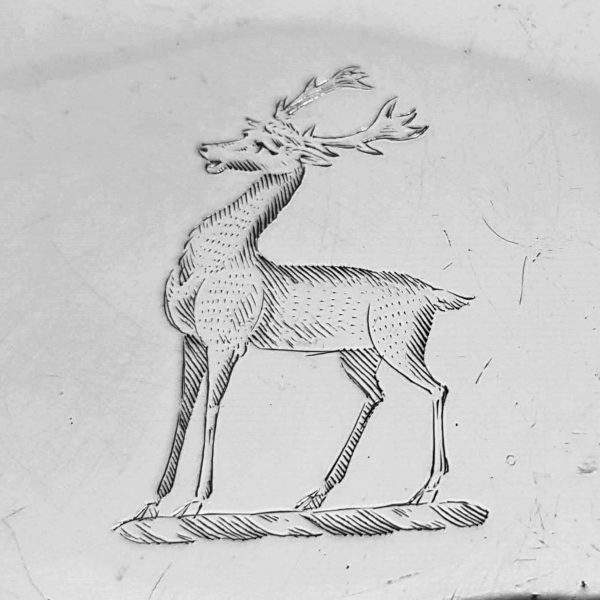 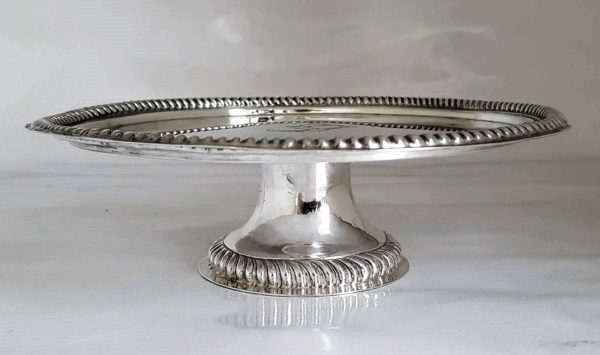 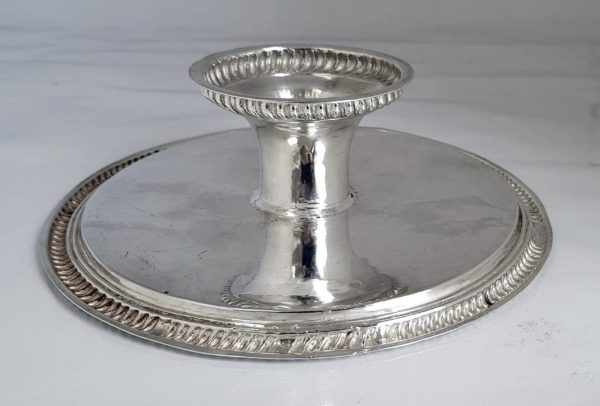 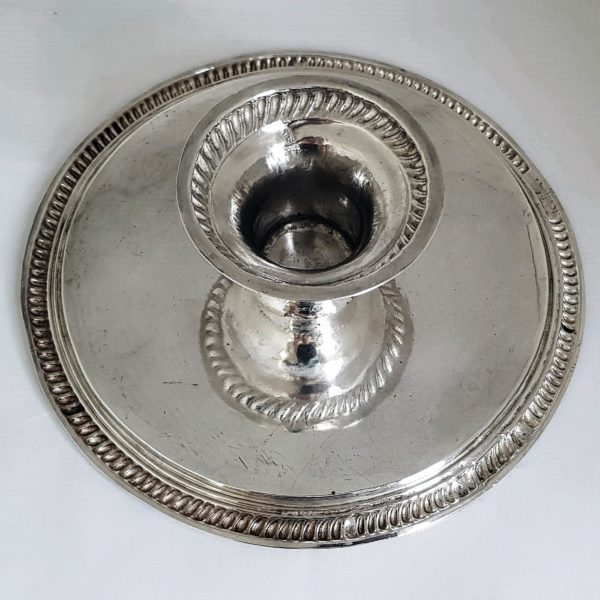 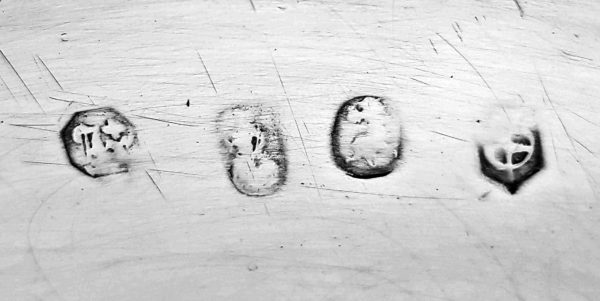 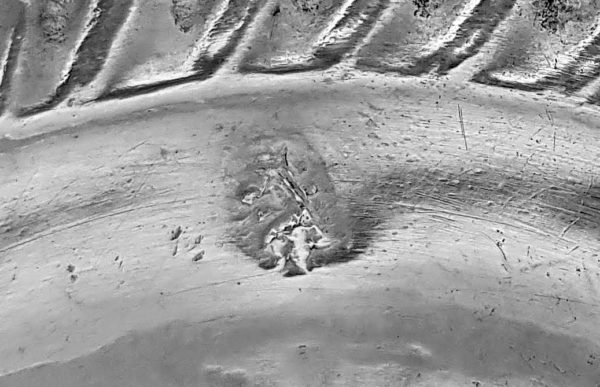 A very charming early silver footed salver with a thick gadroon border to the top and foot. Britannia standard silver*....

A very charming early silver footed salver with a thick gadroon border to the top and foot. Britannia standard silver*. There is a hand engraved crest of a stag to the centre.

Literature: From the 17th century until the reign of George I salvers (often called tazzas) were raised on a pedestal foot. By 1700 some were made with the foot unscrewing. Very occasionally this type will also have 3 or 4 feet so that the salver can be used on a lower level.

Marks. Stamped with a full set of English silver hallmarks on the top surface, lion mark on the foot.

Good condition overall with fine patina and sharp engraving. Slight unevenness on the top surface. The prominent solder between foot and top is probably original. Faint traces of an old restoration to the border can be seen on the underside.