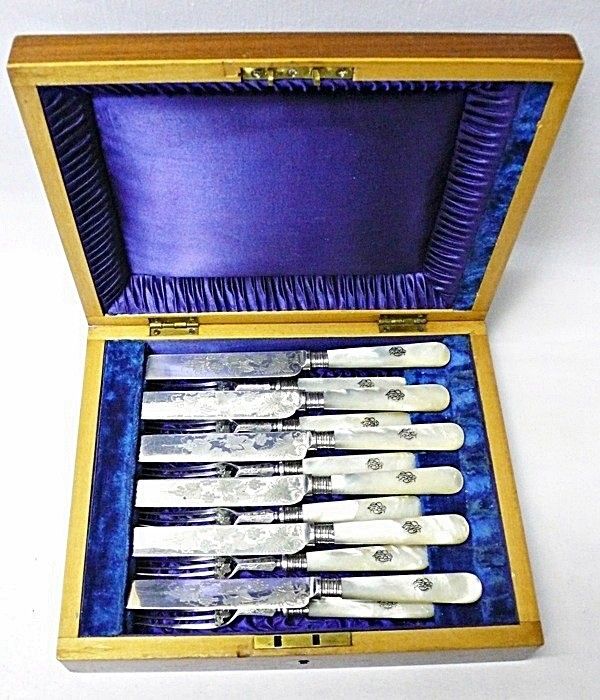 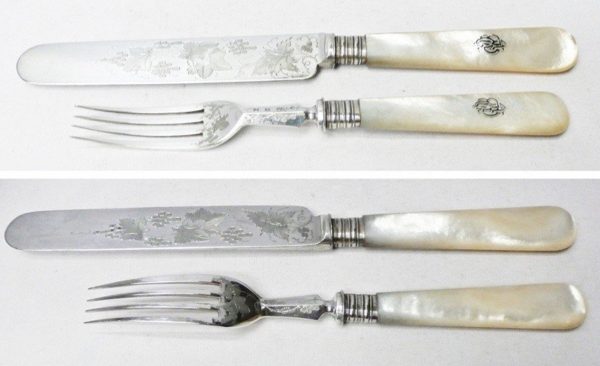 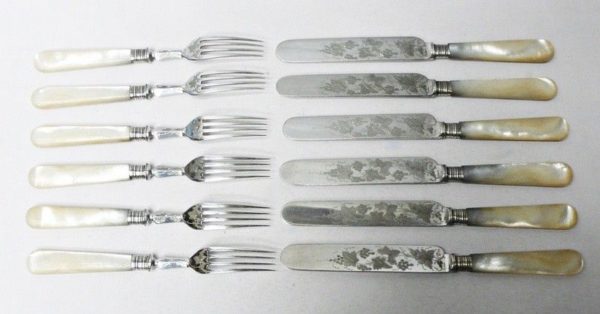 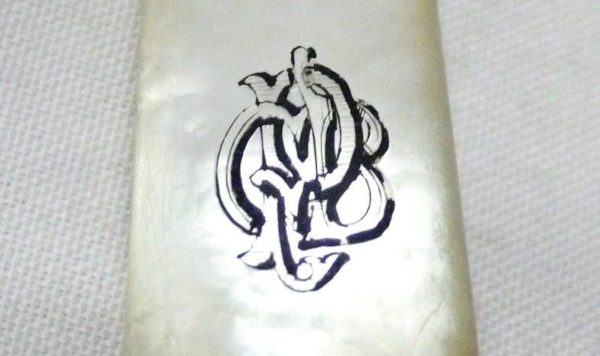 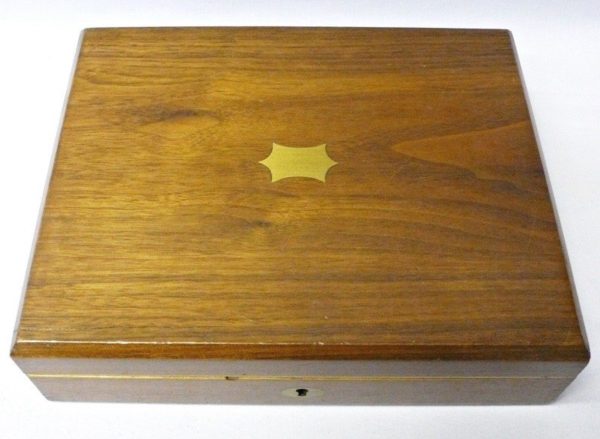 Set of Silver Plate and Mother of Pearl Cutlery for 6

A set of 6 silver plated knives and forks with pretty engraved blades and real carved mother of pearl handles...

A set of 6 silver plated knives and forks with pretty engraved blades and real carved mother of pearl handles with decorative silver ferules. With an engraved monogram to each handle. Dessert cutlery. Knife 20.5 cms. Fork 17.5 cms. In solid wood box with key (not original). Maker Elkington & Co. Marked with an Elkington date stamp for 1862.

This pretty set of cutlery is in good condition with no damage or restoration. The silver plate is generally good but this cutlery is close plated and there are some faults. The wooden box is in good condition but the inside is a bit tatty, the cutlery fits loosely. Please note that this item is not new and will show moderate signs of wear commensurate with age. Reflections in the photograph may detract from the true representation of this item. The cutlery handles on this page are made from real mother of pearl shell and there may occasionally be a slight variation in grain and size