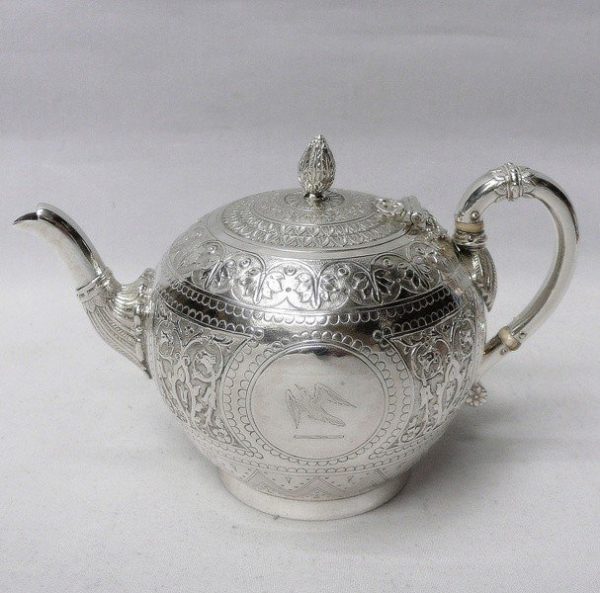 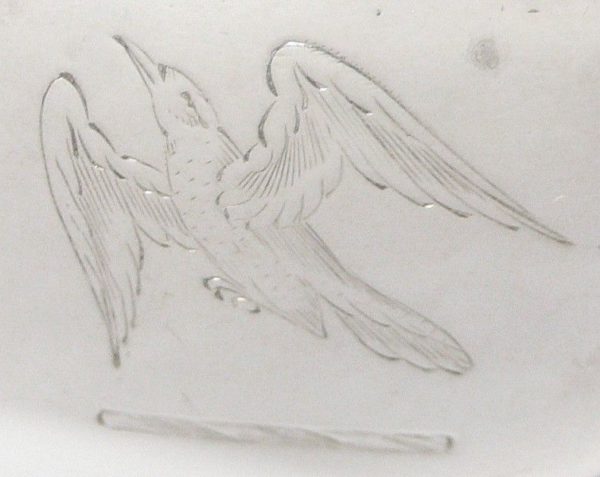 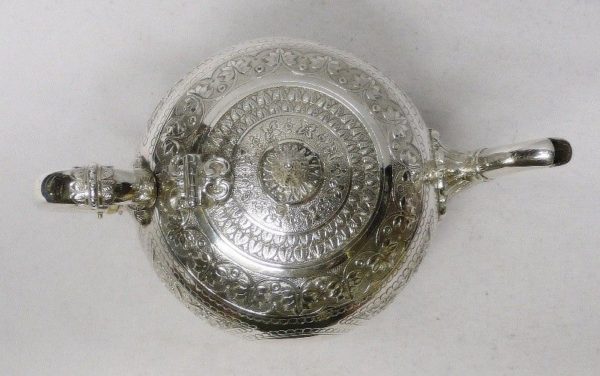 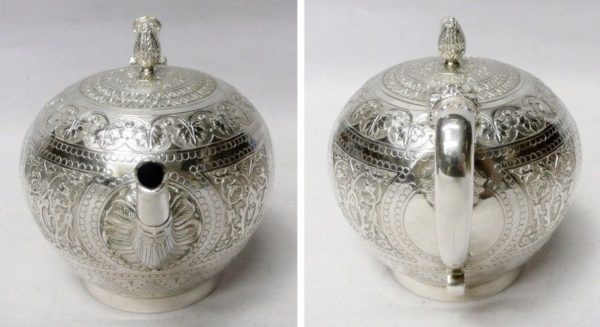 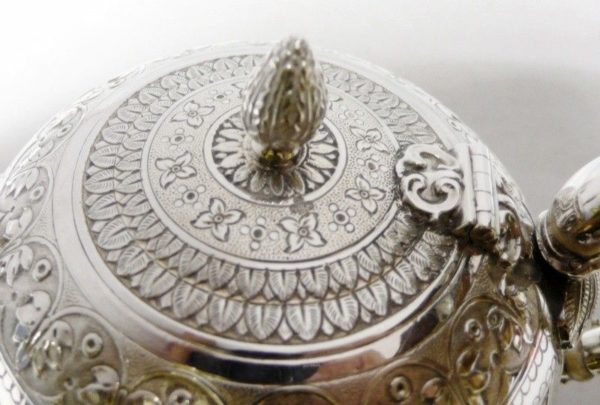 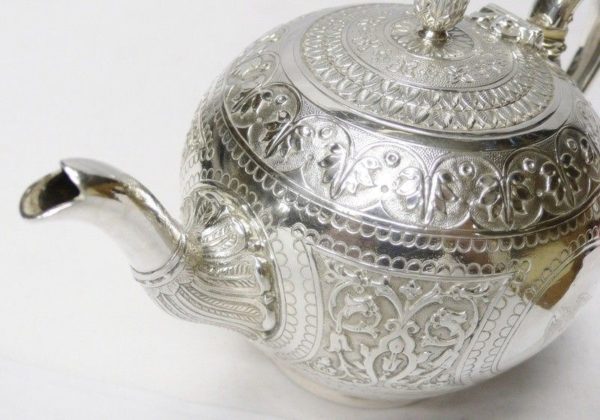 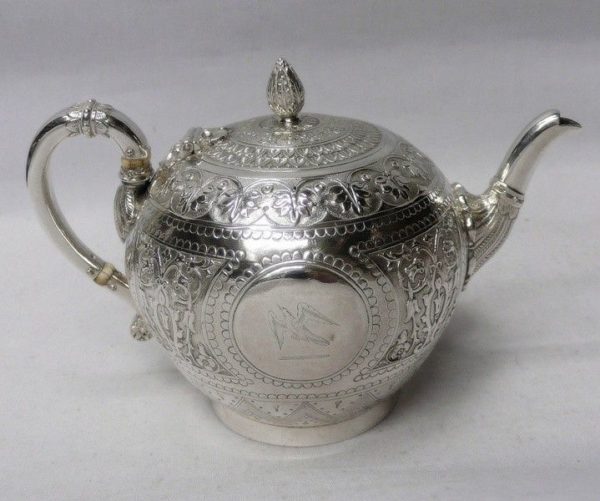 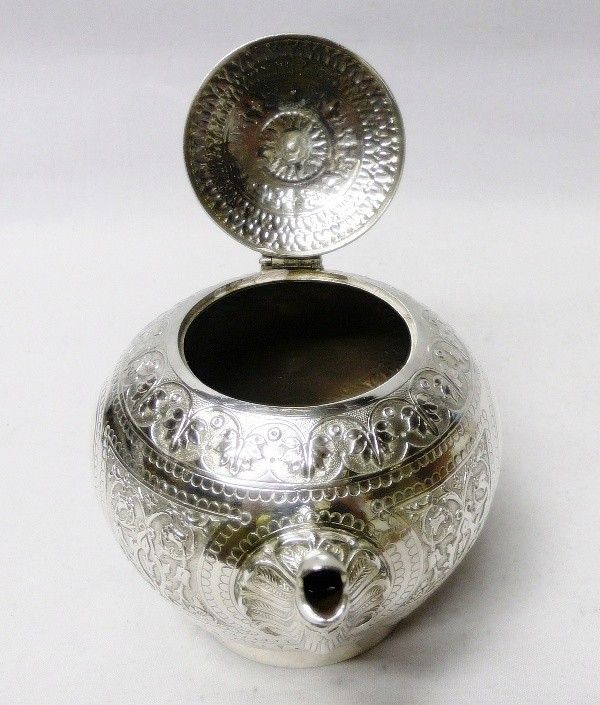 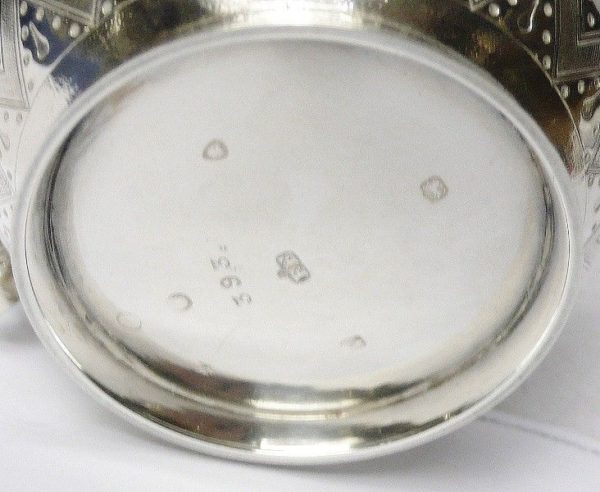 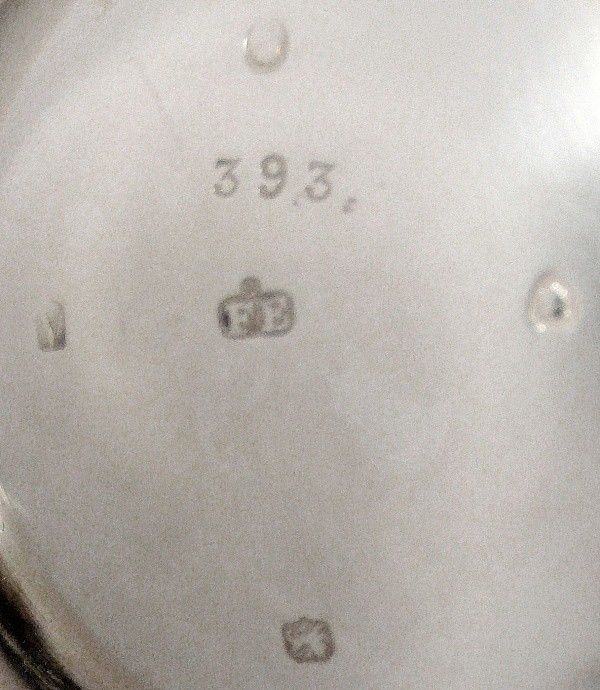 A lovely little antique sterling silver teapot with hinged lid. Nice small size. Circular bullet shape and all over decorated with flower and leaf designs. Both sides have a hand engraved crest of a bird within a circular cartouche. Contains 500 ml. Weight 281 grams, 9 troy ounces. Height 11 cms. Spread 17 cms. Diameter of base 6.25 cms. Marked underneath for London 1876. Maker Frederick Elkington.

This pretty silver teapot is in very good condition with no damage or restoration. The decoration is still crisp. Marked underneath with a full set of clear English silver hallmarks, lid unmarked. Please note that this item is not new and will show moderate signs of wear commensurate with age. Reflections in the photograph may detract from the true representation of this item.