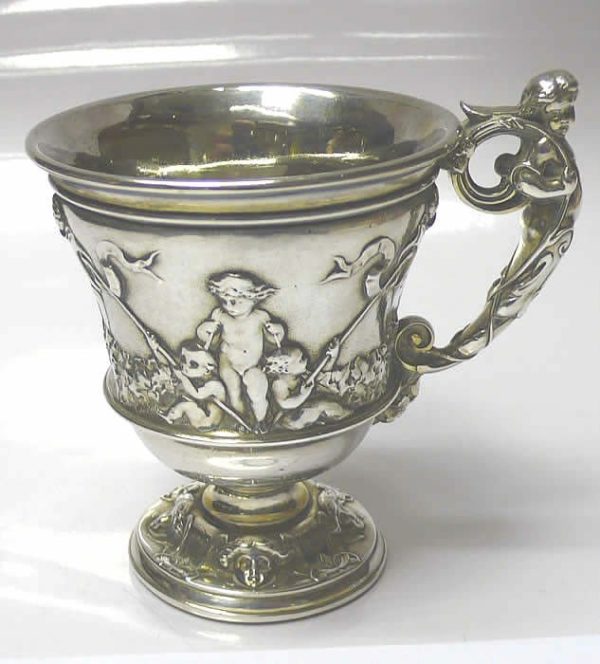 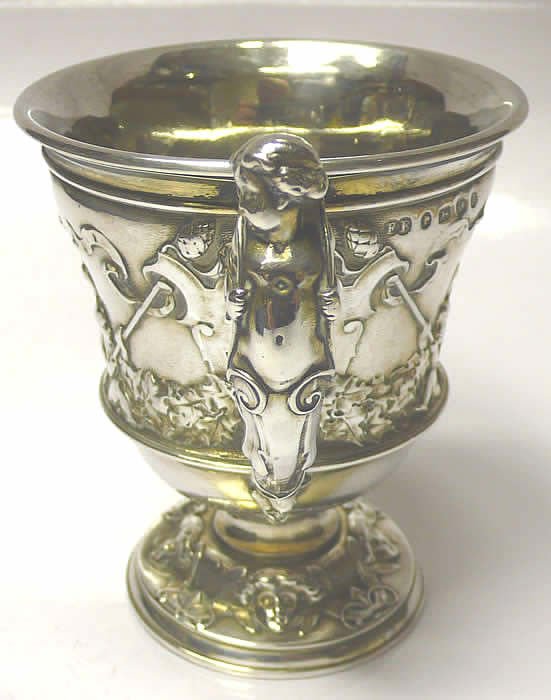 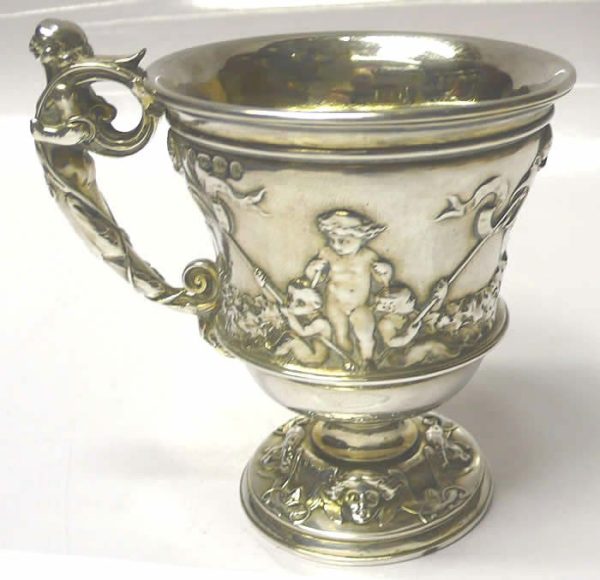 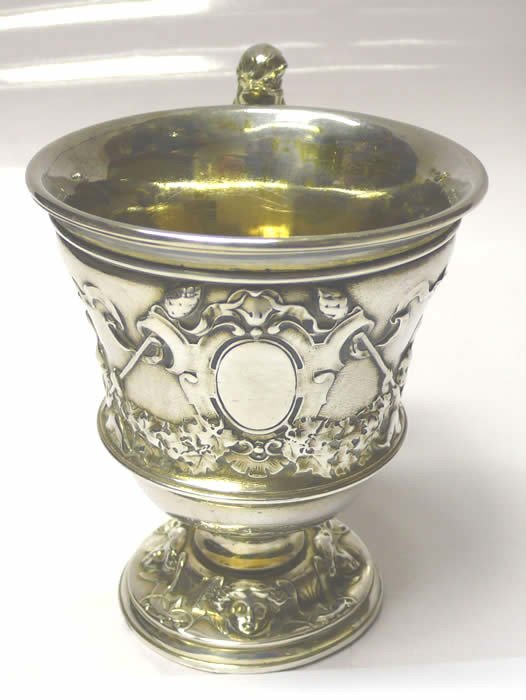 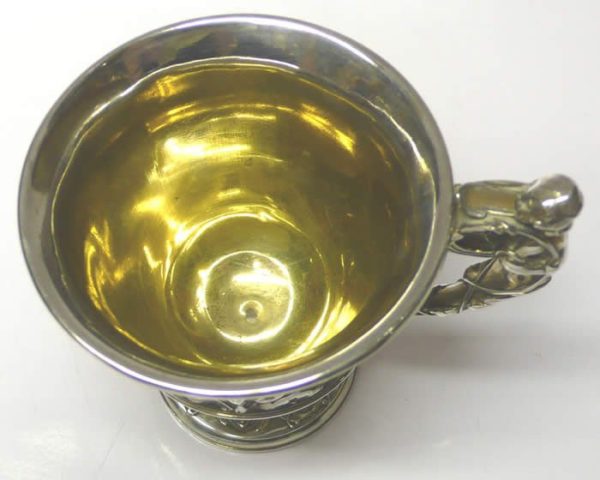 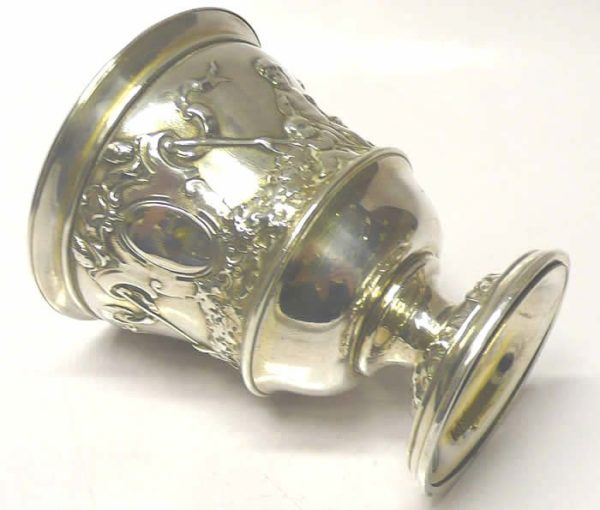 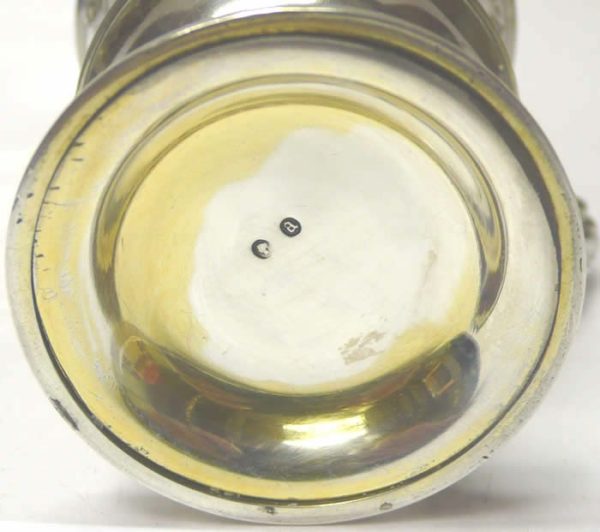 A delightful antique sterling silver mug with embossed decoration of children and putti. Fantastic quality, even the handle is in...

A delightful antique sterling silver mug with embossed decoration of children and putti. Fantastic quality, even the handle is in the form of a putti, and there are face masks around the base. To the front is an ornamental cartouche (uninscribed). Original interior gilding. No detail has been spared in the manufacture and the mug even has a double skin so that the embossed detail is hidden on the inside. Weight 341 grams, 10.9 troy ounces. Height 9.50 cms. Diameter 8 cms. Birmingham 1875. Maker Frederick Elkington.

This lovely child's mug is in excellent condition with no damage or restoration. The silver marks are clear and easy to read. Marked on the body by the handle and also underneath. Originally the mug was gilded all over but now only slight traces remain. The interior gilding is still good and bright. Please note that this item is not new and will show moderate signs of wear commensurate with age. Reflections in the photograph may detract from the true representation of this item.