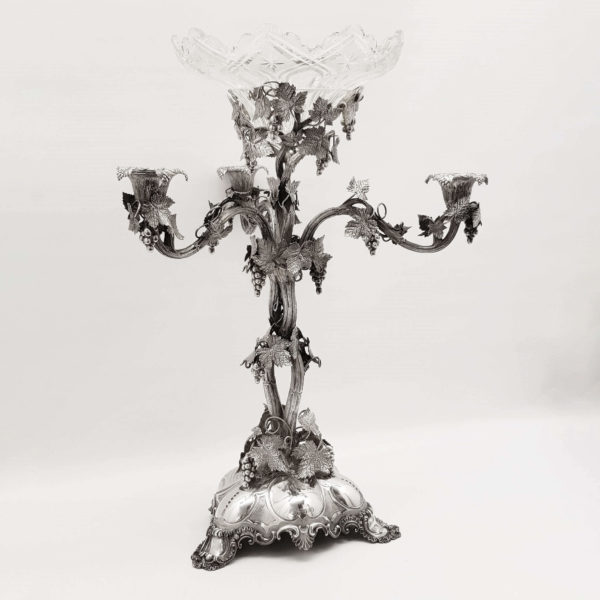 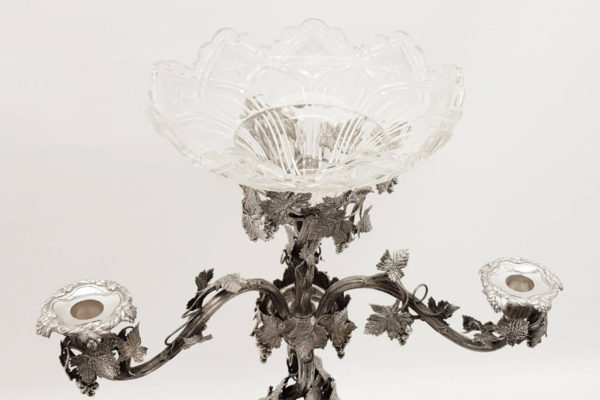 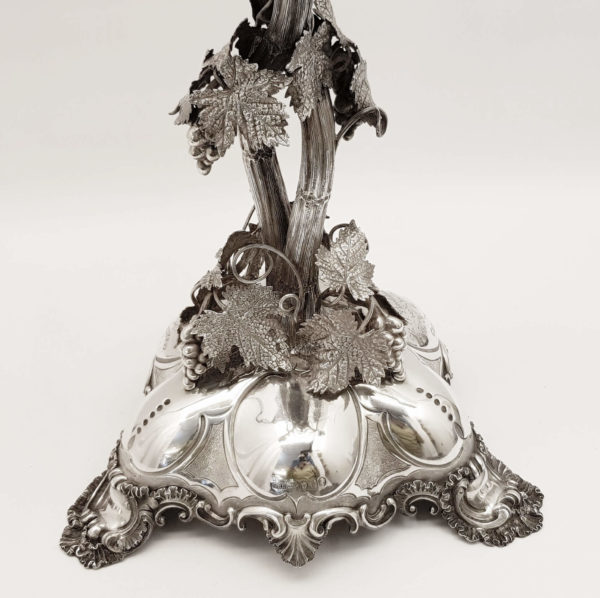 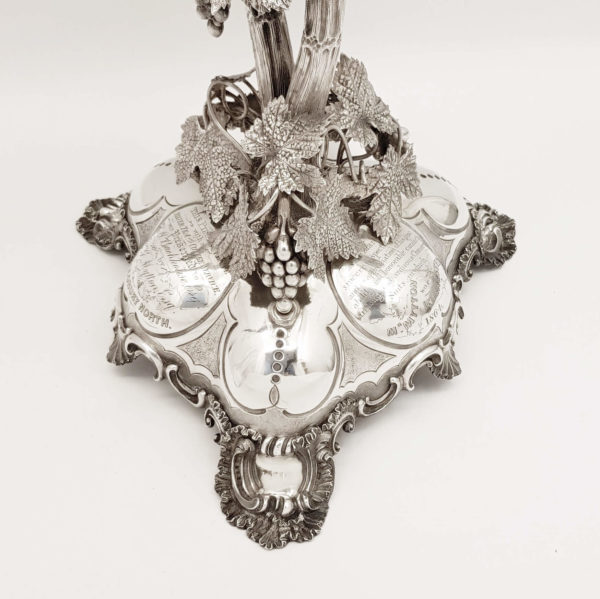 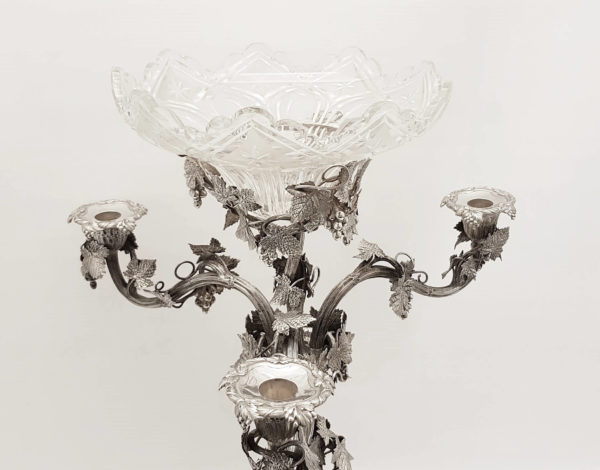 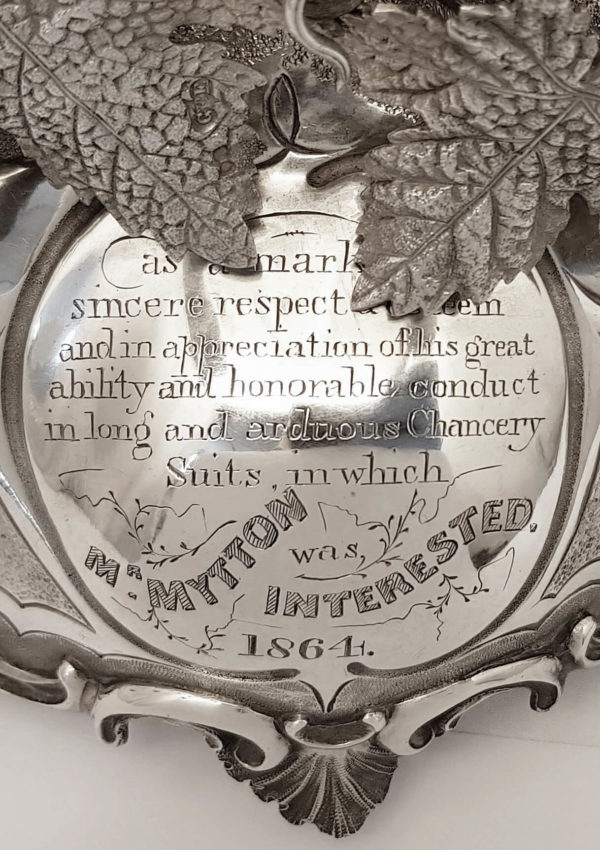 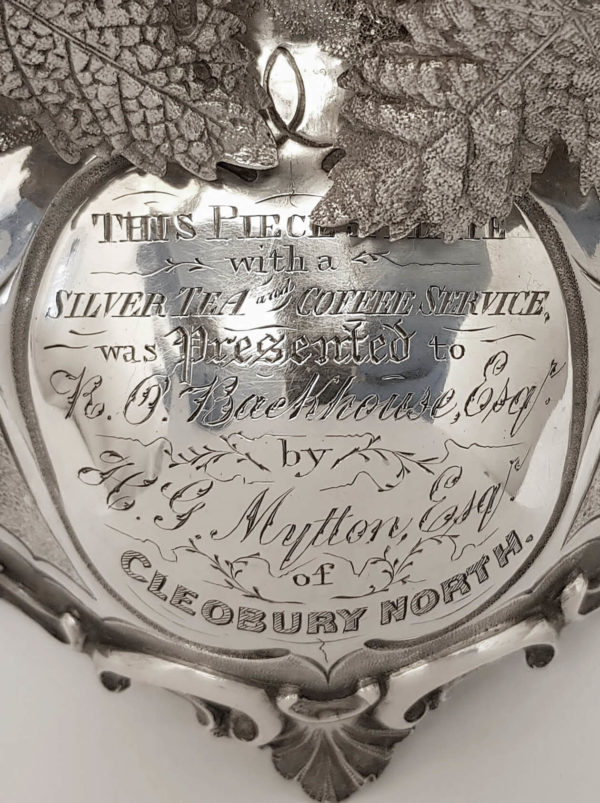 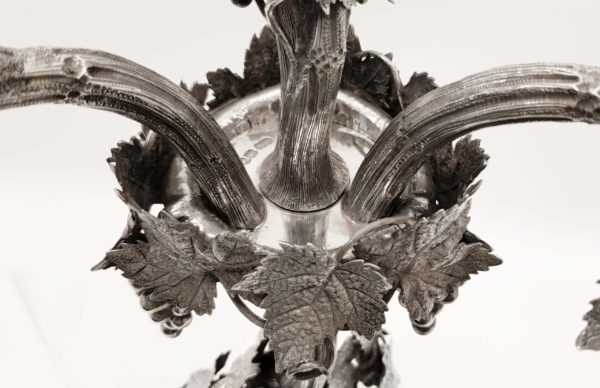 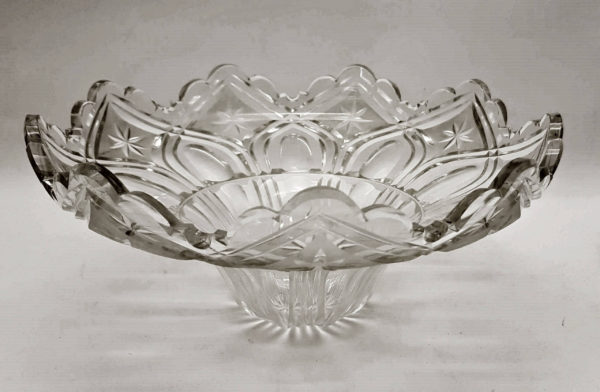 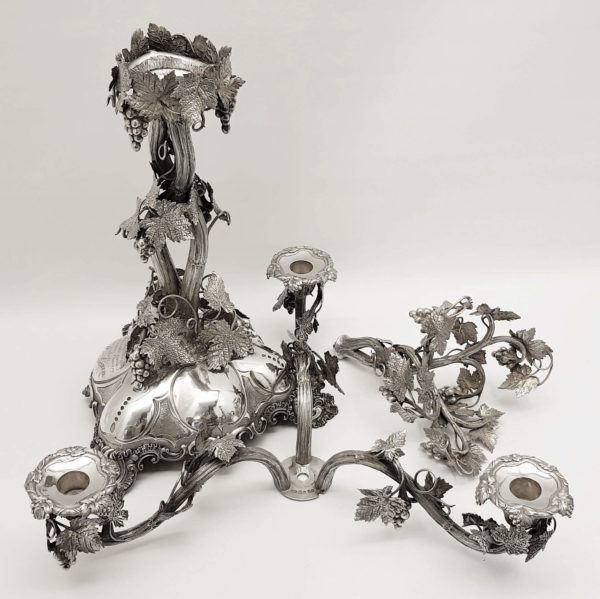 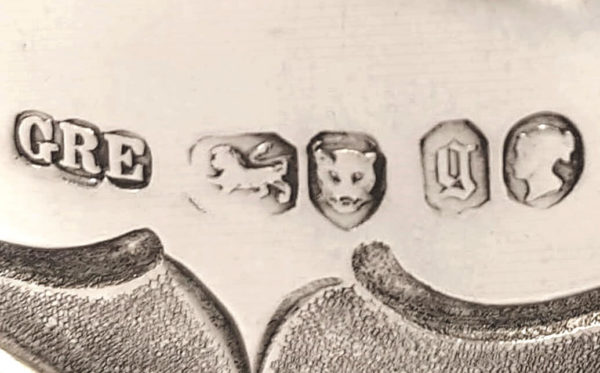 A spectacular antique silver centrepiece and candelabra, the tall column and arms formed as a grapevine with entwined branches supporting...

A spectacular antique silver centrepiece and candelabra, the tall column and arms formed as a grapevine with entwined branches supporting vine leaves and bunches of grapes. The cut crystal bowl and the candle nozzles are all detachable. This decorative item is perfect for fruit, flowers and sweets. Engraved to the base with a presentation inscription from H.G Mytton of Cleobury North. Dismantles into 3 pieces by unscrewing the bowl holder at the top.

“This Piece …. With a Silver Tea & Coffee Service was Presented to R.O. Backhouse by H.G Mytton* of Cleobury North”

*H.G Mytton. Possibly a relative of “Mad Jack” Myddleton whose name is given to a 100 mile track through Shropshire’s most beautiful and unspoilt countryside starting and finishing in Cleobury. Jack Mytton led a short but very profligate life – an eccentric aristocrat who made his name when, as a new MP, he quit the House of Commons after half an hour of dull speeches and never returned.

*Chancery Suits. A court of equity, in which a judge can order acts performed, such as that a contract be modified or an activity stopped. The chancery court’s functions are distinct from those of common law courts, which can order money damages to be paid, and where jury trials are available.

This silver centrepiece is in very good condition. The crystal bowl is undamaged and is probably original. The silver is stamped on each piece with matching English silver hallmarks and makers mark: