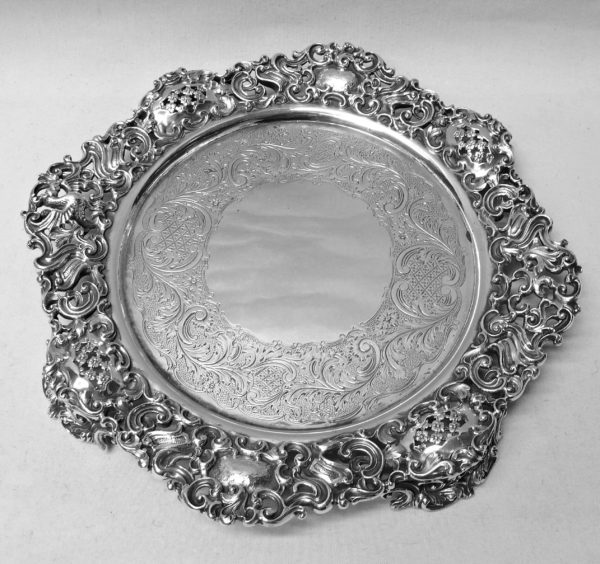 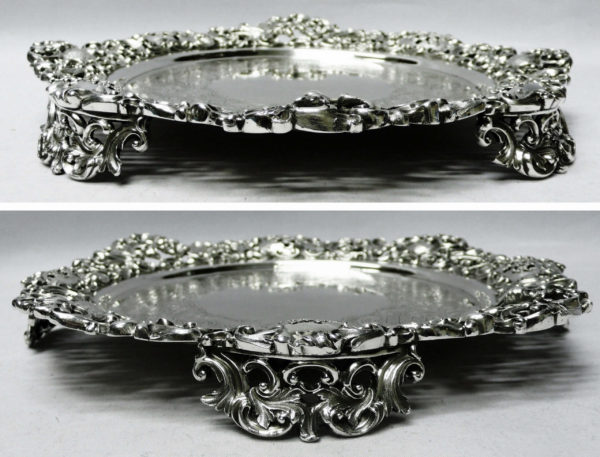 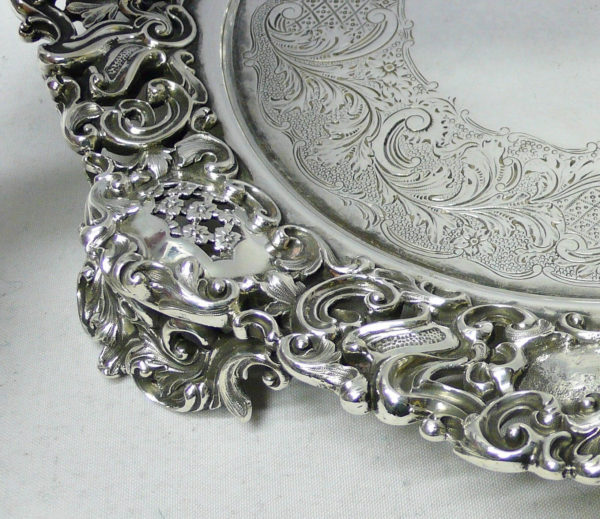 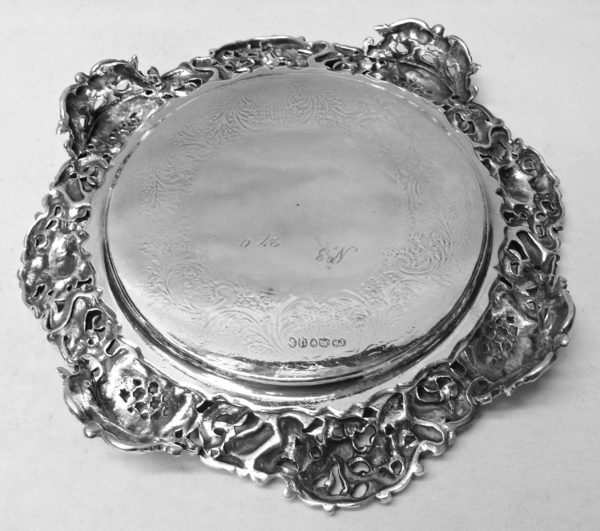 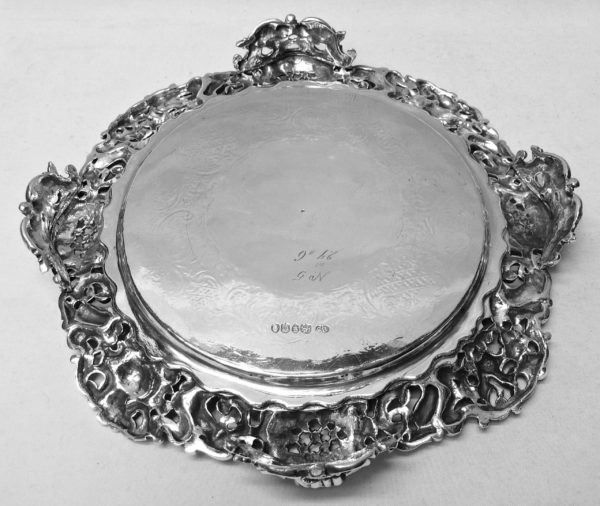 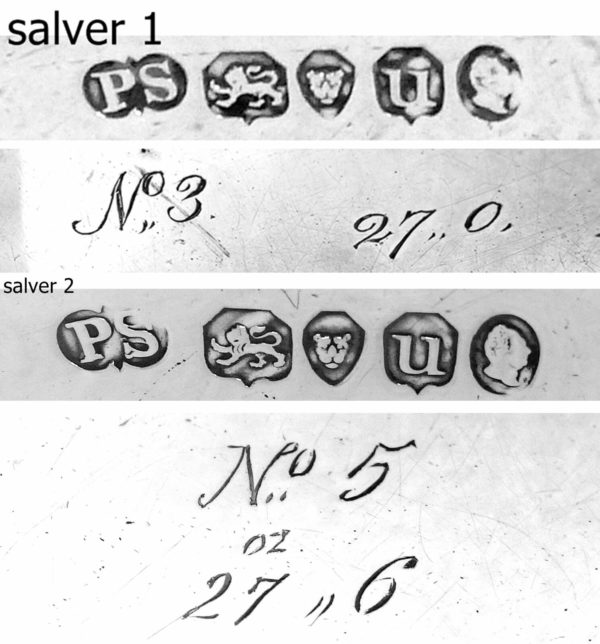 A stunning pair of antique sterling silver salvers with heavy cast borders and pierced scrolling feet. Fantastic quality as you’d expect by this prestigious English master silversmith. The shaped and pierced decorative borders have intricate all over foliate scroll decoration with 8 roundels. The centre has a thick band of deep chased engraving which matches the border. Marked underneath with numbers 3 and 5 so these salvers must have originally been from a set of 6 or more. Scratchweights engraved underneath of 27=6 and 27=0.

These imposing silver trays are in very good condition. Exceptional weight. Marked underneath with a number and scratch weight. Each with a full set of clear and matching set of English silver hallmarks. The centres have previously been inscribed. Please note that this item is not new and will show moderate signs of wear commensurate with age. Reflections in the photograph may detract from the true representation of this item.