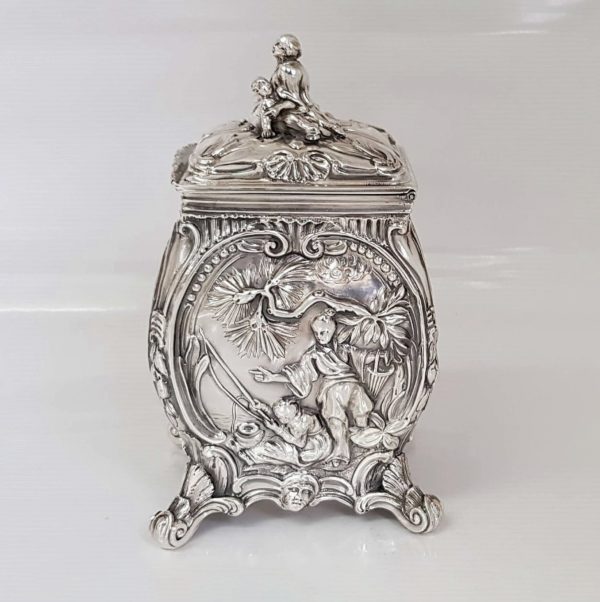 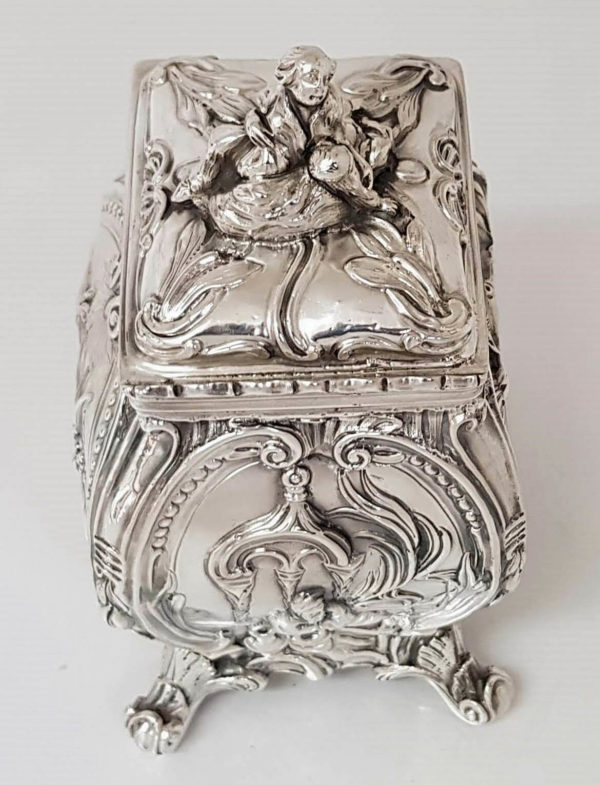 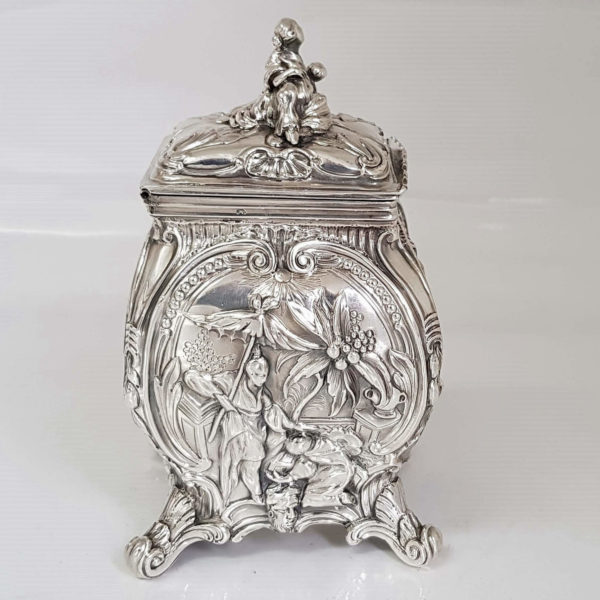 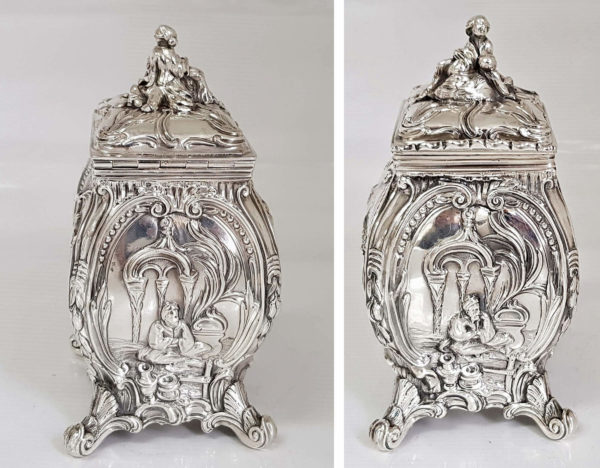 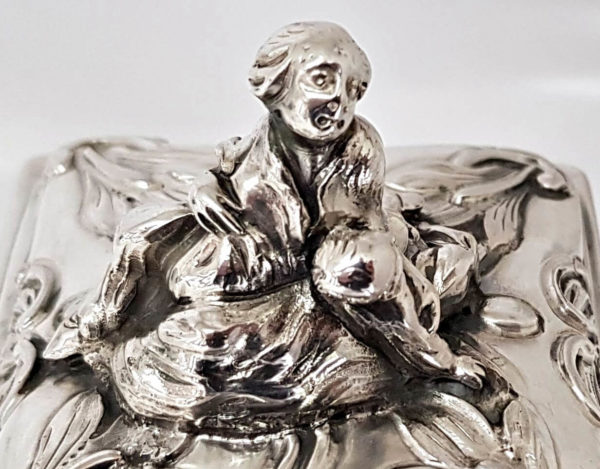 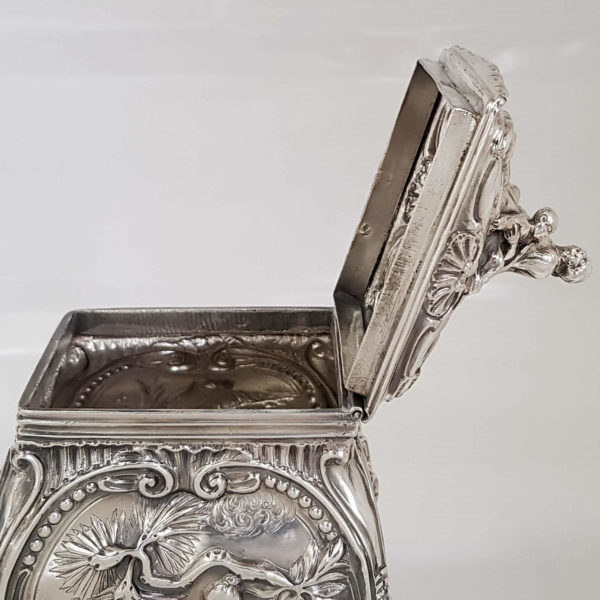 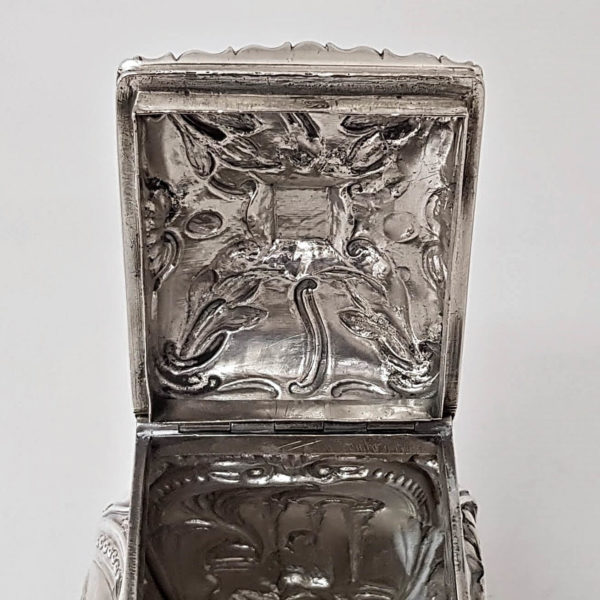 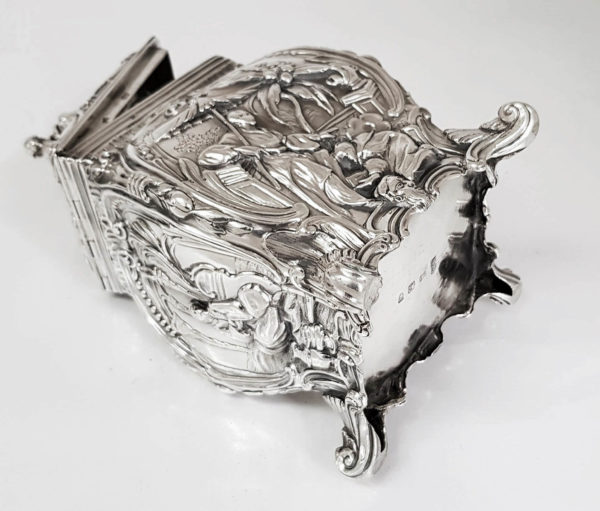 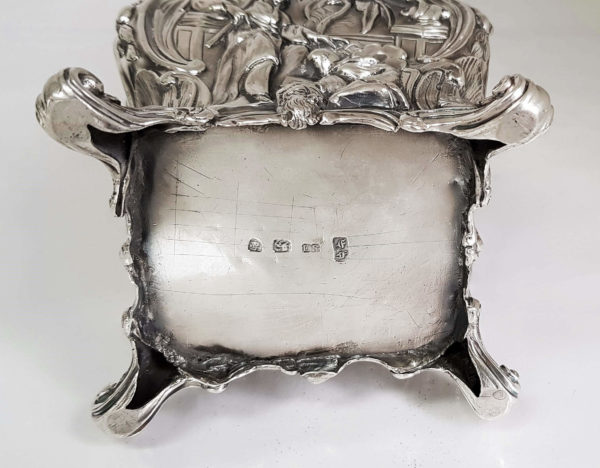 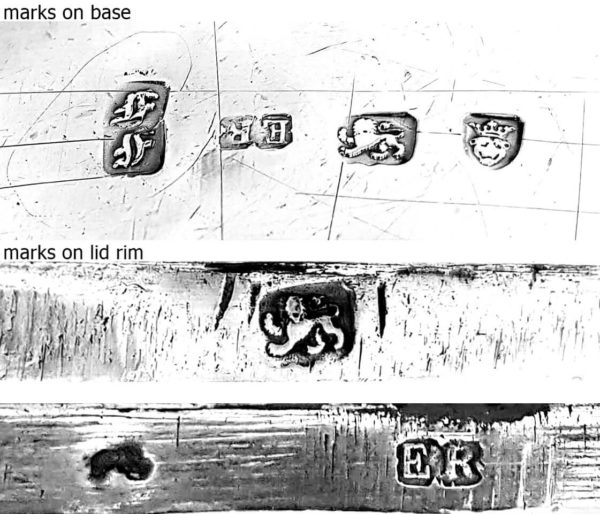 A fine example of an antique silver caddy box of bombe form with a side hinged lid and standing on...

A fine example of an antique silver caddy box of bombe form with a side hinged lid and standing on scrolling feet. The sides are embossed with charming scenes of Chinese daily life. The lid finial is in the form of a mother and baby.

View our article on chinoiserie silver

Marks. Stamped underneath with a full set of English silver hallmarks (date letter is double struck), lion and maker’s mark to the rim of the lid.

Literature. A Tea Caddy is a box, jar, canister, or other receptacle used to store tea. The word is believed to be derived from “catty”, the Chinese pound, equal to about a pound and a third avoirdupois. The earliest examples that came to Europe were Chinese tea canisters in blue and white porcelain with china lids or stoppers. Tea in the early 18th Century was expensive, and also there was a tax on tea, so early tea caddies were small and made in precious materials such as silver, shagreen or tortoiseshell which reflected the valuable contents within.

Some of the earliest silver examples have sliding bases (or tops) and the cap was used for measuring the tea. By the mid 18th century matching sets were available, with two caddies (for green and black tea) and a sugar bowl, all fitted into a wooden or shagreen case, often with silver mounts. During the late 1700’s the locking silver tea caddy was introduced with its own key which the lady of the house kept on the chatelaine around her waist. Double locking tea caddies in silver are rare.

The silver box is in very good condition. The hinge works well.

Emick Romer, son of Michel Michelson Romer goldsmith of Oslo in Norway. Emick lived in Bragernaes and was apprenticed in 1749. It is thought that that Emick left Norway some time after 1751 and the mark attributed to him was entered after 1758. Romer appears to have been supplying sugar and cream baskets to Parkin and Wakelin 1770-1 and his mark appears on a number of pierced epergnes circa 1765-75.