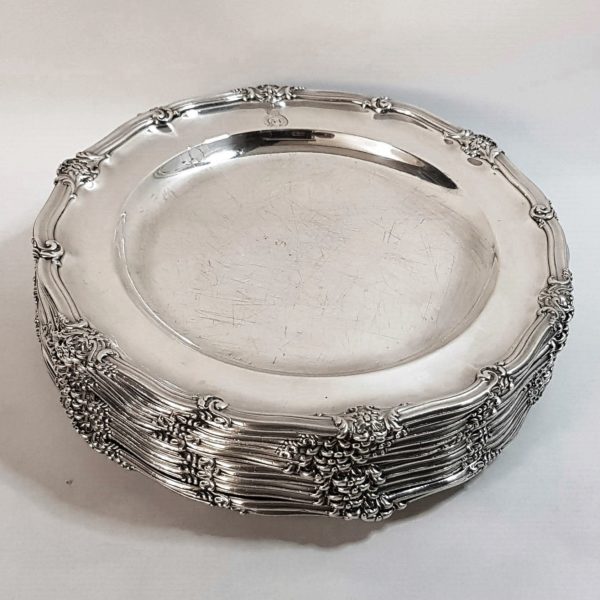 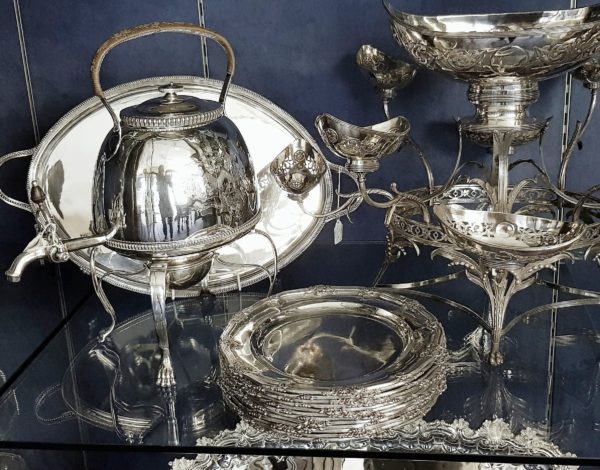 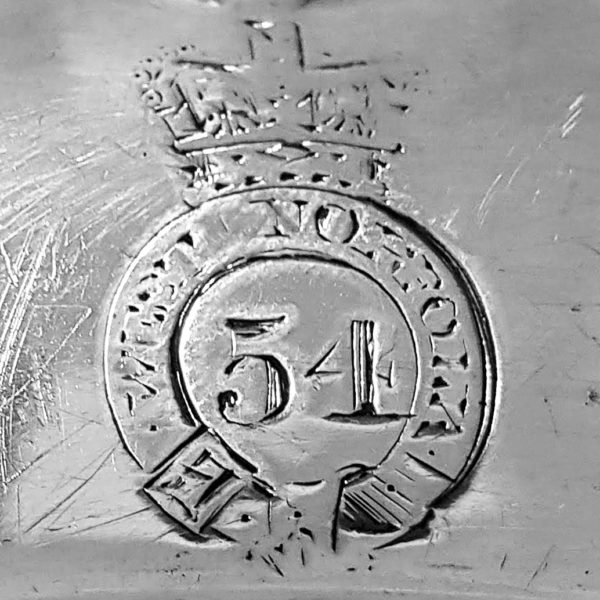 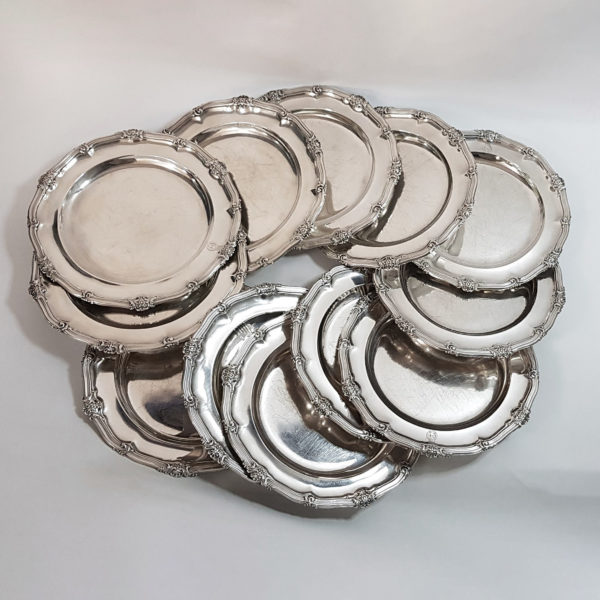 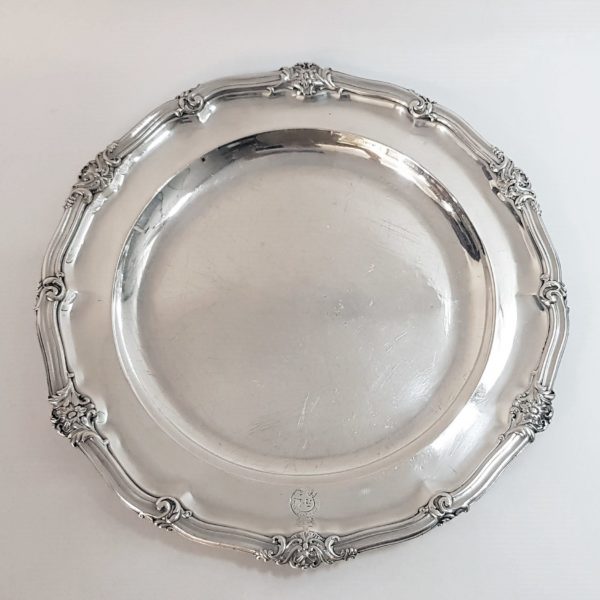 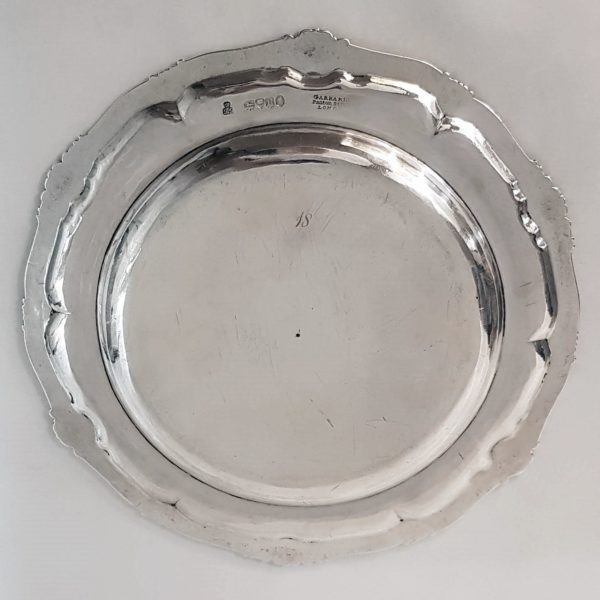 Of military interest. A splendid set of 12 antique sterling silver dinner plates of plain form with a shaped reeded...

Of military interest. A splendid set of 12 antique sterling silver dinner plates of plain form with a shaped reeded border. Excellent quality. Each bears the insignia of the 54th West Norfork Regiment with a crown above.

Literature. Dinner plates were usually made in dozens and larger quantities and often came as part of a suite of dishes including soup plates, oval serving plates and mazerines. These dishes very often came from grand houses and have finely executed coats of arms.

Insignia. The 54th Regiment of Foot was an infantry regiment of the British Army, raised in 1755 by John Campbell, 5th Duke of Argyll in 1755. The regiment was deployed to Gibraltar in 1756 and remained there until it moved to Ireland in 1765. Major campaigns include the American Revolutionary War in 1776, the Napoleonic Wars in 1794 and the Indian rebellion in 1857. On 1 July 1881 the regiment amalgamated with the 39th (Dorsetshire) Regiment of Foot to form the Dorsetshire Regiment.

All in very good condition. The borders retain good definition. The central surfaces show some light scratching commensurate with age and use.

The original company that was to become Garrard was founded by George Wickes (1698–1761). Wickes entered his mark in 1722, moving to Panton Street off Haymarket in central London in 1735 as a goldsmith and provider of jewellery and other luxury items to aristocratic patrons. Wickes, an accomplished silversmith known for his work in the rococo style, gained the patronage of Frederick, Prince of Wales. Two apprentices of Wickes, John Parker and Edward Wakelin, purchased the business on Wickes’ retirement in 1760, replaced by John Wakelin and William Taylor in 1776. Following the death of William Taylor, Robert Garrard became a partner in 1792 and took sole control of the business in 1802. On his death in 1818, his three eldest sons, Robert Garrard II, James Garrard and Sebastian Garrard took control by trading as R., J. and S. Garrard. James retired in 1835 and the company became R & S Garrard. In 1843, Queen Victoria appointed Garrard to the position of Crown Jewellers, leading to the production of numerous pieces of silverware and jewellery for the Royal Family, as well as the upkeep of the Crown Jewels. When Robert Garrard II died in 1881 the business passed to his nephew, James Mortimer Garrard. The company remained in the hands of the Garrard family until the death of Sebastian Henry Garrard, great-grandson of Robert Garrard senior, in 1946. The name Garrard & Company Ltd was registered in 1909, and the company moved to new premises in Albemarle Street in central London in 1911.